A Day in the life of WTA Student, Aron

Talent is often regarded as a natural aptitude or skill in accomplishing a specific task. Others refer to talent as the ability to be good at something, especially without being taught. Most people often confuse hard work with talent, while to others the terms are almost similar. A well-renowned entrepreneur Robert Half once noted, “Hard work without talent is a shame, but talent without hard work is tragedy.”

On one of my daily impromptu visits to one of our schools in Asanyo farm, Amani Kuresoi Primary School, I had the privilege of stumbling upon one of the best young talents within the school. I was specifically awed by young Aron Korirs’s prowess in throwing a javelin across more than half the size of a football field. 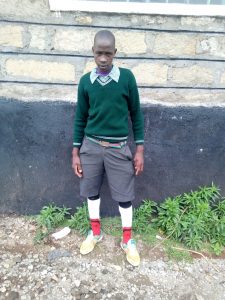 Twelve-year-old Aron had very high aspirations of being a Javelin thrower from a very tender age. His dream was sparked by a well-renowned Kenyan javelin thrower, Julius Yego, who coincidentally had a past that he would often relate to. You see, Julius Yego also came from a humble background and faced the same challenges as those of Aron. Julius learnt Javelin throwing from the Internet (he is often referred to as Mr. YouTube)! He later on managed to set the highest javelin record of 92.72M in both African and the Commonwealth Games.

Aron was really inspired by his predecessor’s achievements and attempted to begin the sport while he was eight years of age. His parents who often depend on farming and cattle rearing to make a buck could not easily afford the right gears required in indulging in the sport. Aron had to improvise a javelin from a spear that his father used in herding cattle. Aron’s highest achievement was attaining position one in the region’s sub county competitions back in 2017.

Teachers often regarded Aron who is currently in grade six as a well-disciplined student. Although he may not be a bright student in class, his expertise in the field have often proved helpful in enhancing the school’s reputation when it comes to inter-school competitions. Aron also enjoys football and has most times played as the school’s goalkeeper.

While he is out on a break, Aron often spends time either helping out his Mother on her house chores or herding cattle. He often finds time during weekends to perfect his skills in javelin. He also enjoys going to church and hopes that one day he will be able to help out his parents and be a pride within his community.

The Ministry of Education in Kenya has often emphasized the need for Physical Exercise Classes that are aimed at enhancing talent and skills. Inter school competitions have been organized within schools with the aim of doing the same. Our aim as an organization is to ensure that our community schools bring the best individuals within society. We hope that students such as Aron will have an opportunity to enhance his talent and manage to take it to the next level. In the words of Haruki Murakami, “If you are talented it’s like you have wings.”