Rain is more often regarded as a blessing but to others blessings that exceed their expectations end up being a curse.  While the rains might have had a negative effect in different areas of the land, in our school communities they have proved to be a blessing in disguise.

Our schools in Lemolo, (Kimugul Primary School, Senendet Primary School and Bright Hope High School) a place often referred to as semi-arid, now enjoys rains in surplus. Bright Hope High School was able to acquire funds from the sale of nine of the 29 bags of their crops harvested last year. This aided in the purchase of adequate fertilizer and seedlings used in planting last month. Weeding has already been done and it is expected that there will be an increase in production by the end of the year. Senendet Primary School, right adjacent to Bright Hope High School was really encouraged by the yield harvested last year. They therefore sourced funds from the parents which helped in the cultivation of a two acre piece of land within the school. Water Tanks donated to the area are now filled to capacity and food insecurity in the area is more likely to be a thing of the past this year. 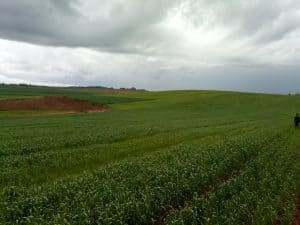 The Baraka Shalom community continues to enjoy good relief rainfall, as it is a highland. The community has now planted potatoes for the second time after a successful first harvest (in early April). The school also planted kale within the school compound all aimed at enhancing the school feeding programme. Amani Kuresoi Community opted to lease the land for this year in order to help in the raising of funds used in the payment of teacher’s salaries. The Haji Community continues to weed the maize planted in the previous month. Production is also expected to increase in the area come the harvesting season.

One of our new communities was affected by flooding last month (San Marco Primary School). This is in one of the nearby communities a few miles from the school. The community got some help from the county government. Our other communities were not affected by the floods and it is hopeful that food will be in surplus this year. Initiatives such as weeding and pest control are still being undertaken in all our surrounding communities to prevent the spread of army worms, which vastly affected most of the yield last year. 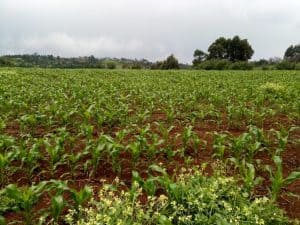 Our prayers go out to the people who have lost their loved ones or property as a result of flooding in some areas around Kenya. The recent being the Solai Dam plague, which robbed the lives of 47 victims. It is our hope that the good rainfall and adequate planting preparations will translate into a good harvest. Our expectation is that our communities will be able to find sufficient yield to sell and to also consume within their households.