The news concerning the annual Donor Trip sparked a lot of anxiety among all stakeholders within the two communities where we were camping. This meant impromptu meetings with both locals and the local administration in both areas and also the parents/teachers association, which is responsible for the smooth running of the schools. The community was predominantly keen on meeting the donors who had earlier gifted them a school. Our focus was mostly directed to two of our three schools opened earlier on this year, Ndatho Hope Primary School and San Marco Primary School. 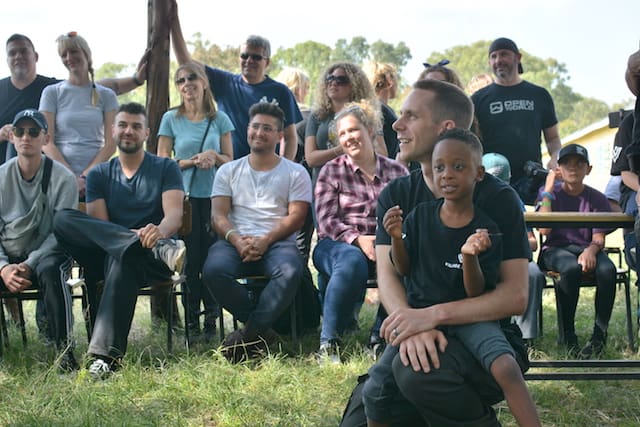 On the first day of our school visit, we had a chance to visit our first school, Shalom Primary School, started five years ago. We were greeted by a large group of students singing and waving as they ran towards our vehicles. The happiness could not be hidden from their faces, they embraced and grabbed our visitors as we walked towards the school. On arrival, we were welcomed by great poems, singing and dancing from our students at Shalom Primary School. Our visitors got a chance to interact with the students before splitting to our different camps. Our journey would take us one and a half hours before we got to Ndatho Hope Primary School. 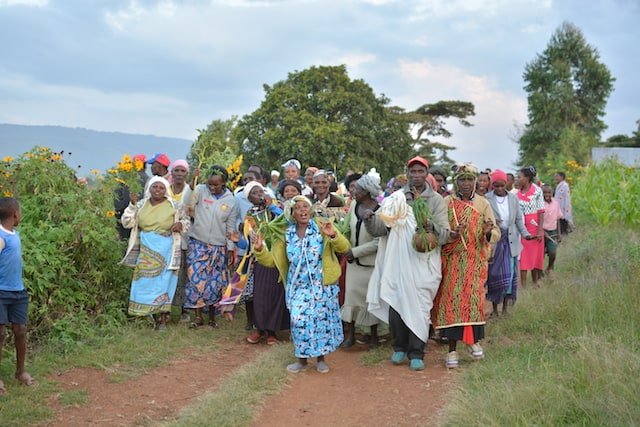 On arrival, we were welcomed by the singing of both the students and their parents as we walked towards the school. We then had a chance to introduce our donors to the community before breaking back to our camps for the night. What really struck me was the openness and joy of the Ndatho people towards welcoming our donors. The student’s eyes were sparkling with merriment from seeing some of their peers within our group. We later on had a bonfire where everyone had an opportunity to express their personal experiences of their first day. We went to bed early at 10:00 p.m. in preparation for the next day. 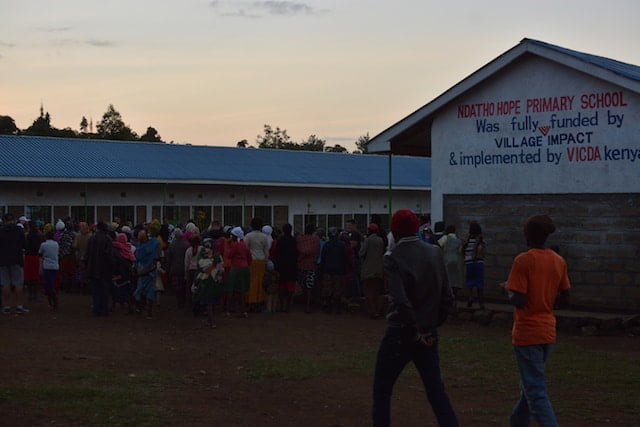 We woke rejuvenated and full of life the next day. Our roles were distributed evenly between the painting of classrooms, planting the flowers/Trees and the making of a pavement from the classrooms block towards the washrooms. The donors also had the opportunity to interact with the students within the school. What really stood out was their commitment and work ethics. They were able to accomplish so much within such a short span. In the afternoon, we were able to divide ourselves into different groups and did field visits within the community around the school. I was able to learn so much about the people within the school  community.

One of the things that emerged was the way the different tribes within the area were able to stay together after the ordeal that took place almost a decade ago. Some of the donors were also baffled by the way children in Kenya are community-raised and not entirely monitored by their parents. In the evening we got the privilege of sharing our experiences within the group.

The third day was scheduled to be the main event in the four days that we spent within the schools. We embarked on the manual work we had not completed on the previous day before preparing ourselves for the opening ceremony. We had the privilege of inviting the Cabinet Secretary of lands, Mrs. Fridah Karonei, to grace the occasion. We got entertained by the different groups within the community and more so our own students in Ndatho Hope Primary School. We later had the opportunity to interact with the students within the school. 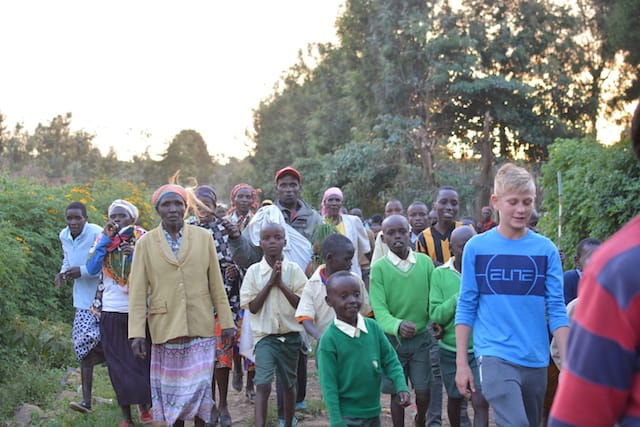 Our last day, which would in turn be our saddest, the donors got an opportunity to say goodbye to the students. Some of the ladies from the community got a chance to sing as they bid farewell our donors. The long-awaited annual donor trip had lots of positives aligned with it, the primary one being the enrollment of three government teachers within our two schools. The Internally Displaced Persons within the community are also currently in the process of acquiring title deeds for their land as promised by the cabinet secretary. The coming of the donors also aided in the restoration of hope to our students, who can now look up to entrepreneurs and mentors.

As we headed back to the city I was unsure of what I’d miss the most of from our donors. Whether it was the ringing of Sue Diamond’s bell that woke us in the morning or the entertaining stories from Keaton, the two Brady’s and Carson during dinner to the serving of high-end dessert chocolates after supper…..Those memories will live on forever! 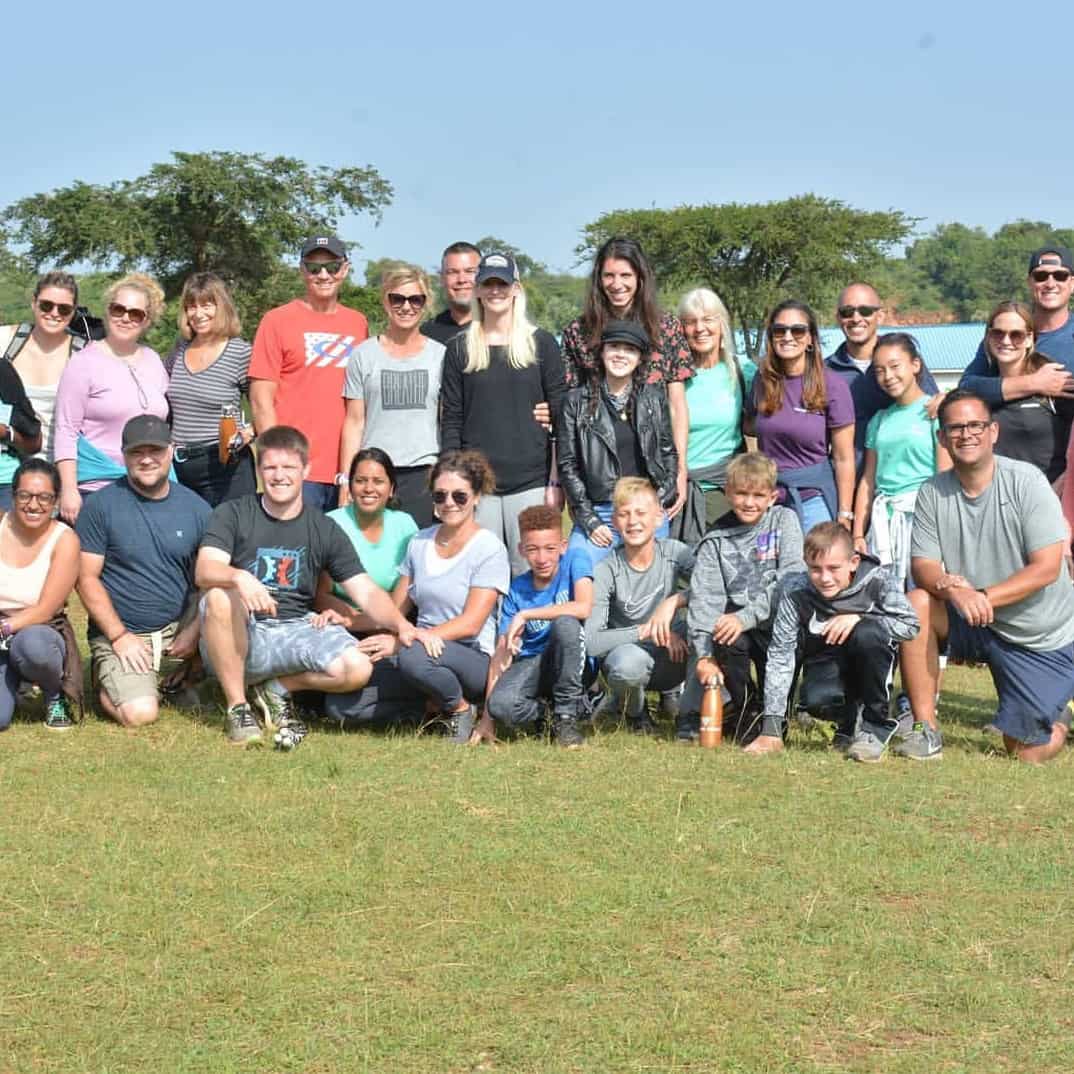